Translate
The last few days in the South of India were incredible. As soon as we arrived with Sasa from Delhi we had one of the best days of the season, they said. We were flying at 3500 meters while the guys from Himalaya Odyssey 2010 were waiting for better weather conditions 2000 kilometers north of us in Bir, in the Indian Himalaya. It was a big surprise because at the time of our arrival we had strong west wind and was not possible to think about long XC flights. I managed somehow to fly 30 kilometers the first day. 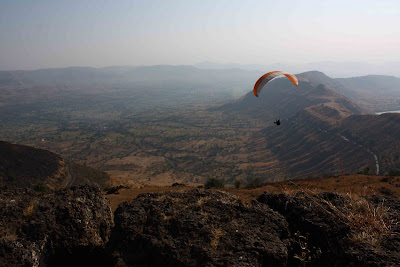 Behind Panchgani - East side

Panchgani, this beautiful place, is on the plateau amongst 1400m or higher peaks left over from the past which seems to me once formed even higher plateau. The west take off in Panchgani is at 1280 meters and Tapa, the Eastern take off is maybe 150m lower. Tapa is a perfect take off for easterly wind. 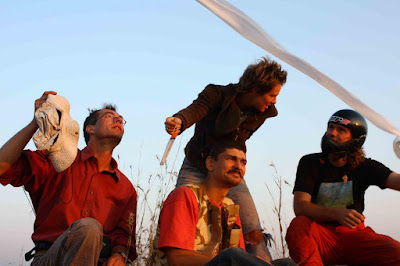 Weather briefing at 7.00am at the Table Land

Many said we had missed the best part of the season, in mid January to mid February. But we were lucky. We got four days of “bonus”. The first day I made a flight across the valley and the lake. At the beginning we were stuck at an 1800m inversion and were flushed in strong sink gliding through the down-wash surrounding each climb. Next we climbed to 2000 m and again the same story until it was not-going-up to 2300m and we could start XC flying. 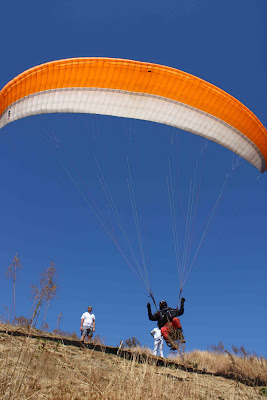 After the take off towards Sasa's camera

I went to the East and came back along the North-South facing ridge to the take-off. A few days before we couldn't get across this first ridge a few kilometers in front because the west wind was too strong. So this day the dreams become reality. I could go West to the end of the valley, with a thought in my mind to be aware of the strong West wind that might come in afternoon; then I'd have a rodeo! There was no lift, but the air was extremely hot. On the way back I met two hunters and a herd of goats on the edge of some cliffs, who I think they were the trigger for my lift “UP”, that took me so high I could see the cliffs at the end of the plateau, near the hill-station town, Mahbaleswar. I didn't make it all the way back, because it was so late. It was a nice triangle of 77 kilometers. From the air I could see good landing spots, all of which had a white circle. I thought they were helicopter pads, but later the kids told me these are cricket grounds. Ahh!? India! 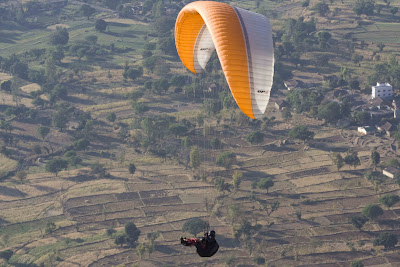 Second day we could not fly as the authorities banned flying. There was no reason given for this action. It seems to me typically Indian! The last couple of months, India has been thinking that paragliders could be possible terrorists and due to it being Holi festival, were perhaps afraid of another bomb attack, such as happened in Pune only a month before. Only late at night we got news that the cause of the ban was that the President of India visited Satara, the nearby city. 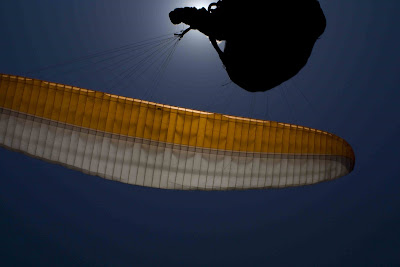 Third day and my Summit XC is ready to go. The condition are quite strong and we are a bit late. But as soon as we climbed, we went up to 2500m and clouds were starting to rise in front of us. We were just two of us in the air. I headed towards the South. I was waiting for Urs who was following me, but I lost him. Later he said I was too fast for him! The wind was perfect to follow the ridge that forms the border of the plateau and the flat coastal plain where sea breeze was blowing. I was going as far as possible and the end was a valley that I didn't want to cross because the visibility was so bad that I could not even see any houses or roads toward the other side. 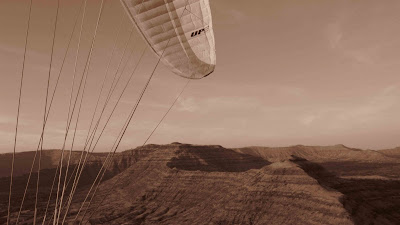 I landed in the valley, in the middle of nowhere, exactly in front of an under-cover policeman. I was transferred to the city of Mahad, where two more policemen were waiting for me. After 82 kilometers of flying, they took me to the police station where I was questioned about why I landed there and where I came from... After two hours I was released, and because there was no bus home, they arranged a free room in the hotel for me a room was full of mosquitoes! 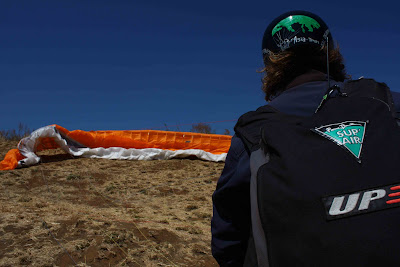 Fourth day I came back from the flight with the first bus and had a quick breakfast before I was again on take-off. That day my plan was 70 kilometers distance to Pune. It was Holi festival and people got painted with different color powders they threw at each other. 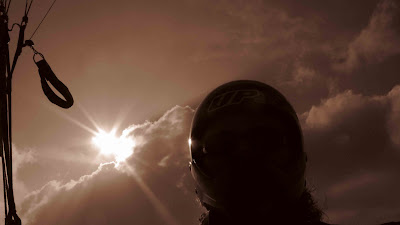 UP in the air

I had a difficult beginning to get the first thermal, but even later on when there were only blue thermals, I managed to fly, without a doubt, to get across the spectacular valley and lake with a river delta coming in from the north west. 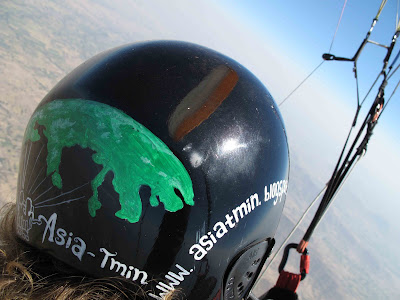 in the mountains in front of me, but I decided to go for a closer thermal which took me right up to the clouds. 3200m and going slowly “UP”. I was 25 kilometers away from Pune. 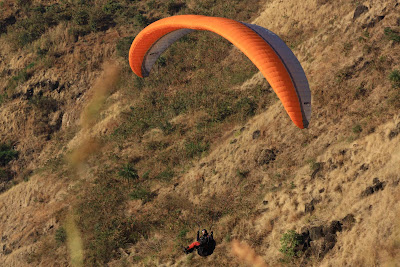 On my left side, 800m below me, was a passenger plane flying in its corridor to land at the airport. Waw… I planned to fly there, because I thought it was the best place to fly! Another plane was just taking off and my vario was just bipping with the nice noise to tell me I'm going “UP”! Just don't turn this plane in my direction, I said to myself. And he didn't.
I didn't need to make any turns for the next 20 kilometers, getting gentle 0,1m/s lift all the way. When I reached Pune I was at more than 3000 meters, but it was getting late and in my mind was just a plan to get down as soon as possible, to be invisible to the police and to try and avoid landing in the military base in South West part of the city. I could have continued over the lake towards the South West, but had no idea about settlements and roads in that direction. I landed, packed and tried to disappear before the locals came. They came just as I was leaving… 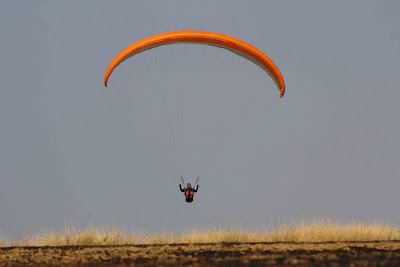 Landing on the Tabel Land on the piece of unburned grass

Together with Sasa, we hope the good weather conditions will move further to the north and help The Himalayan Odyssey expedition to fly “UP” with their 'lite X – Trango's. 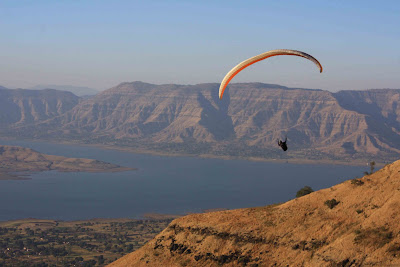 In the event that Tiday gets mega rich from this article, the editor will be paid a goodly wedge and made a tasty sandwich. 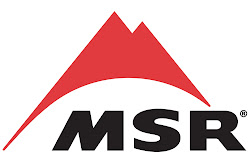 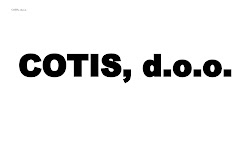